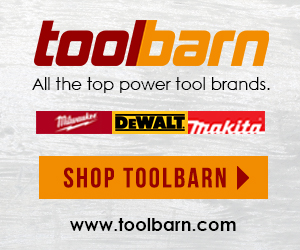 We at Aus Tools Direct are the tool store committed to Brisbane, Queensland, Australia and its industries! Being Carpenter – Builders ourselves and running our building company, we understand what it’s like to be taking big jobs head on without the proper gear. Time is money and in an industry as brutal as the building game we at Aus Tools Direct are glad we can be the Australian Tool Store that backs it’s hard working boys, not only to supply but to meet quality with value and bring forward the competitive prices the blokes like to see when setting up their tools and gear.

We pride ourselves on the support we can show to the young, every day Australians killing it out there in the climates of all sorts. Heaven knows the building and construction industry can have its days and there’s nothing better than knowing you threw your two cents in to help the young fellas push out another heavy week with the quality tools that can push as hard as they can! No one wants to get caught with their nickers down, and you want to be proud of the jobs you complete with the gear that tells your story of a professional, no matter what trade you’re killing it in.

Reputation can be everything and you don’t want to be ‘that guy’ who hides his tools in his car because he’s embarrassed that he might get one screw bolt deep before his no brand rotary drill kicks it. Especially when the big boss is doing his monthly walk through and he catches you carrying a dead weight back with ya after getting your spoon and your pie. Well it’s a lucky day if that’s you, depending if he let you keep your job and the good news can be that at our prices, it won’t break your heart like the next few days on site might when the supervisor gets a whiff of fear.

I think I’d rather be caught front and centre cause the dunny latch is made of plastic than be carrying something as heavy as my missus around that needs a cool down every 15 minutes.. Than scoot past the big boss in a mad mood cause he’s had to walk forty meters up hill to leave site..

When it’s time (and we all get there) you know who will have the naughty deals, that’ll have you going from picking up Red Bull cans to bringing the job with him when he gets to work with, because unfortunately it is how it works unless you’re the new apprentice in which case no one can help you.. If that is you and you’ve just read this, hold on tight my boy turbulence is on its way.

But when ya ready.. Make it worth..

This site uses Akismet to reduce spam. Learn how your comment data is processed.